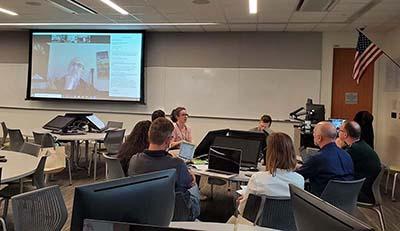 Why COVID-19 is (Most Likely) Not a Black Swan

(Originally published in the ShapingEDU Community Slack channel as a preface to the 2020 ShapingEDU UnConference - March 12, 2020)

The recent outbreak of the coronavirus designated as COVID-19 has been tagged (by both political leaders and the press) as a Black Swan event. While I agree that the ultimate impact of the outbreak is unfortunately likely to be in the same ballpark as other black swan events (e.g. the financial crisis of 2008), I would argue that it is not, in fact, a black swan event, but rather (more likely) a Dragon King event - and that this distinction matters.

Let’s review the three requirements for a black swan event, according to Nassim Taleb. It:

Items 2 and 3 sound right for COVID-19 - but the first requirement fails to be met in any significant way. Consider the following:

So, should we view COVID-19 as a perfectly predictable event that somehow slipped under the radar - what has been called a Gray Rhino by Michele Wucker (https://www.youtube.com/watch?v=wlngQdxduKw)? Again, no - while all the key components were reasonably predictable, the magnitude of many of them fell somewhat outside the usual statistical distribution. In other words, the incubation period for COVID-19 is a touch longer than would have been expected, and its degree of contagion is a touch greater. Similarly, the original infection event overlapped with Lunar New Year festival activities in Wuhan that exposed a somewhat larger than usual population in the early stages of the event. And finally, the number and range of logistics chains affected was larger, with somewhat greater interdependence than in prior events. Didier Sornette has coined the term Dragon King to describe events such as these, where the impact of the event is large, but - unlike with black swans - while the features that drive the event are known and partially predictable, the probability distribution for lower-likelihood events is significantly shifted.

So, what type of training will work for Dragon King-like events such as this one? Fortunately, the type of training exercises that work well for Black Swans are also useful for Dragon Kings - with one important caveat. When developing thinking appropriate to Black Swans, it is important to realize that an actual black swan event will not resemble in its details the scenarios worked through. By contrast, in a dragon king scenario, the amplification of less-likely events is a key feature to look for, and exploit from scenario work. Thus, the scenarios developed by the Brookings Institute for the Obama administration (https://www.brookings.edu/interactives/big-bets-and-black-swans-foreign-policy-challenges-for-president-obamas-second-term-2/) are useful for developing both black swan and dragon king thinking, since both types of features are present. In a vein directly related to COVID-19, the Clade X scenarios developed by the Johns Hopkins Center for Health Security (http://www.centerforhealthsecurity.org/our-work/events/2018_clade_x_exercise/livestream), and the further work leveraged in the Event 201 sessions (http://www.centerforhealthsecurity.org/event201/) provide both black swan training (how should your thinking change for usual practice if confronted with an unknown pathogen) and dragon king practice (how do you cope with a situation that amplifies known epidemic parameters).

This type of thinking can in turn be leveraged to design plans and structures that are, at the very least robust (i.e. they survive the event relatively unchanged), and at best antifragile (i.e. they come out of the event in relatively better shape than before - see Nassim Taleb’s book, Antifragile). It may seem difficult at first to see how this latter scenario would occur - after all, surely there can’t be an upside to an epidemic event, can there? But consider the following: a suitably designed decentralized set of testing approaches could both catch an event of this type earlier and more effectively than occurred. A single centralized approach might look more robust at first, but might have a feature set suitable to routine events - and a blind spot to the non-routine consequences of amplification of a dragon king event. Additionally, the information gained in the event could help evolve the next generation of testing approaches. Something like this, in fact, was in evidence in the current COVID-19 event: rigidity and centralization in protocols for flu testing missed a key opportunity to detect the virus in the USA much earlier than happened (for more information, see the coverage of this topic in the New York Times https://www.nytimes.com/2020/03/10/us/coronavirus-testing-delays.html).

Of course, the process of fully developing black swan/dragon king thinking and subsequently translating it into structures and processes is nontrivial. Most crucially, it needs to take place before the event occurs: as we have seen with COVID-19, once the event is underway, it is generally too late to look out for swans or dragons. 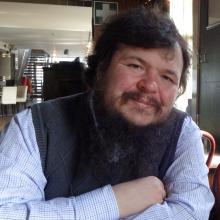