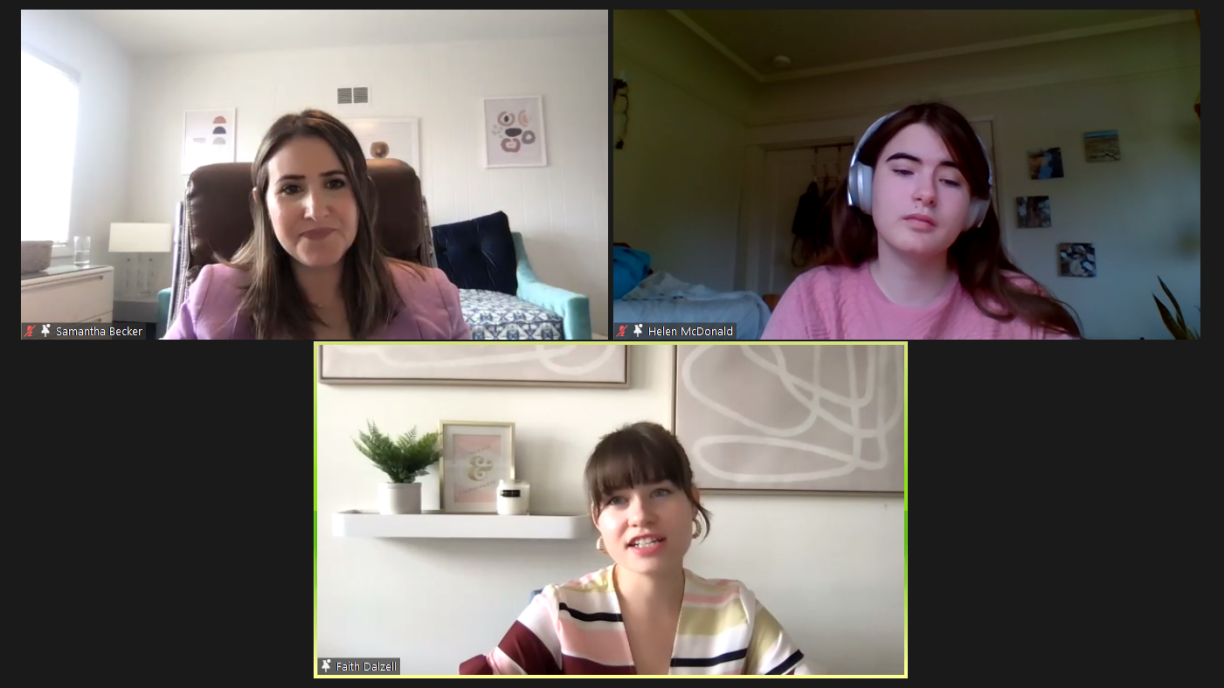 What students think about emerging credentials

The student voice is paramount to the work that we do as educators and changemakers in the ShapingEDU Community. That’s why we were grateful to hear both high school and college students’ perspectives on credentials at ShapingEDU’s Spotlight Mini-Summit: Emerging Credentials x Future Employment.

What do Gen Z teens want?

Laura Telander Graf, Senior Director of Public Relations and Thought Leadership at ECMC Group, shared that the organization recently conducted five studies with Gen Z teens to learn more about what they want their post-secondary path to look like.

Focused on connecting learners with the path that makes the most sense for them, whether that’s four-year or two-year degrees or credentialing, ECMC Group strives to broaden that aperture and empower underserved communities to thrive through education.

“What we’re finding is that these Gen Z teens are incredibly savvy, they know what’s happening in the world around them and they really want to create their own path,” said Graf. What’s more, ECMC Group has seen a 23-percentage-point decline in the amount of interest that there is in that four-year degree.

When it comes to a secondary education, Gen Z teens want shorter, more affordable and direct-to-career paths. “They are lifelong learners, and they want to get into the workforce much quicker,” said Graf. “They don’t want to look at that four-year path. They think it’s too long and too expensive.”

Another interesting characteristic of Gen Z teens is that they understand that they need a marketable skill and what that means in the marketplace. So what that means is that instead of focusing on that journey of where they are going, they’re thinking about where that journey will take them. Graf sees this as a shift in mindset for teens, and believes that the pandemic has allowed this shift to occur.

View the data and learn more about the studies at questionthequo.org.

What was their experience like with microcredentials in high school?

While neither panelist had access to credentials in high school, both agreed that it would have been a good thing. Dalzell shared that her high school focused more on AP/IB courses that could later translate into college credit as opposed to credentials. “Looking back, I wonder what it would have looked like to replace AP and IB programs in high school with more real-world credentialing or badging that might hold more weight on a resume,” said Dalzell. “I wonder how having credentials would change the path that they choose to pursue.”

As young people assess where their career paths are taking them, now is the time to explore credentialing programs. “The question is, how do you spread awareness that there are so many pathways with microcredentials and badging that students may not be aware of right now because there’s a narrow perception of what fields these programs are in and what careers they are targeting,” said Dalzell.

For McDonald, she carved her own path and graduated from high school two years early at 15 years old. She shared that she had to be independent and seek out a way to do this herself, taking online courses before they were popular. “In a sense, I got familiar with this idea of, ‘just get it done, showing the administration that I’m capable of that skill so I can get out of high school and go to college,’” said McDonald. “The idea of microcredentialing is pretty attractive to me for students who just don’t have the sense of efficacy that every teenager has. Making microcredentials available to high school students would be a really good choice to mobile students and help push them toward learning outcomes that they want to see.”

What do college-aged students wish that employers knew about badging?

Dalzell explained that there’s a need to normalize having credentials and badges on resumes. “It’s really meeting learners where they are at,” said Dalzell. “For a lot of learners, if they’re looking to explore a new area of expertise, if they’re looking to gain new skills you’re not likely going to go and invest in a new college degree. You want to dip your toes into the water more and be able to double check before you make an investment that large.”

There’s a need to understand that when you have multiple credentials or badges in an area, that can oftentimes qualify you more in some ways because these different pathways usually have a little bit more exposure and real-world practice skills and applied knowledge.

Dalzell encouraged employers to look at resumes with a more holistic view, looking for applied knowledge, not just passing a class. As she is currently hiring the next Learning Enterprise Fellowship cohort, she understands that it’s hard to look at resumes and understand what’s the most important  moving forward.

McDonald agreed that there’s a credibility issue. As an Economics major, McDonald shared her familiarity with signaling, and the signals we put out to employers and the screening that employers do as candidates. She said that having an undergraduate degree is a signal to employers that you are ready to work and how well you did in college informs what job you get.  “College is just a signal to get us into the workforce,” said McDonald. “I think it would take a major cultural shift for employers to remove that bias that having a four-year degree has on entering the workforce.”

She went on to explain that part of the bias is that college represents a certain amount of academic rigor and challenge that not everyone can get through. “It’s a screening process regardless of how credible that actually is,” said McDonald. “One thing that will really help boost the credibility of microcredentials is to make them costly to attain in some way. Maybe not financially costly, but something that takes time and shows that you’re committed to learning that skill.” 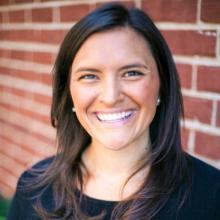