ShapingEDU Innovator-in-Residence and Groundbreaker Lisa Gustinelli will be part of a ground-breaking effort with FCC (Federal Communications Commission) representatives to expand broadband access in Belle Glade, Florida on Saturday, May 14, 2022. 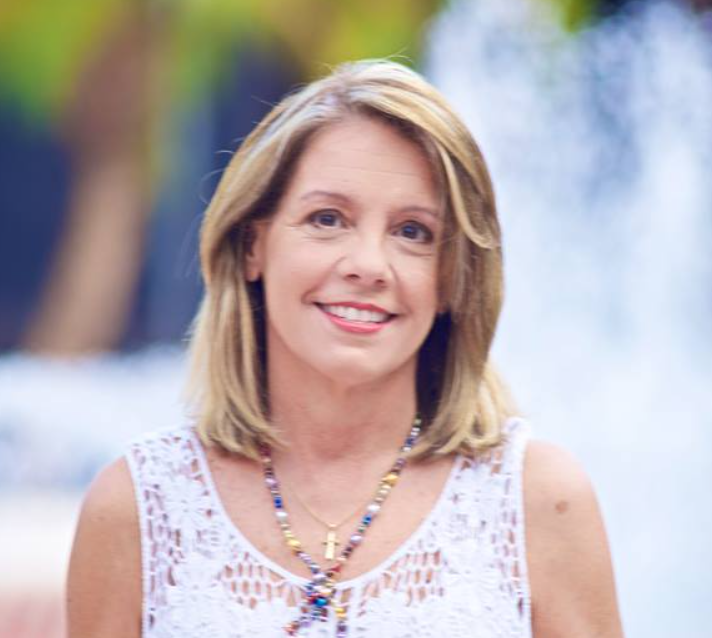 This pilot project, one of several spearheaded by FCC staff in collaboration with community-based partners across the United States, is the latest result of a collaboration between ShapingEDU and the FCC that began nearly two years ago when Gustinelli met then FCC Acting-chair Jessica Rosenworcel, who had invited Gustinelli to participate in an online town hall meeting focused on the need to expand broadband access in underserved communities. Gustinelli, one of the prime movers in the ShapingEDU “Connecting for Work and Learning: Universal Broadband Access in the United States” initiative, followed up that brief interaction with an invitation to Rosenworcel to attend one of the weekly online “Connecting for Work and Learning” meetings, and the relationship between the FCC and ShapingEDU has continued to grow since those initial interactions took place.

The event on May 14 is the launch of an FCC Affordable Connectivity Program (ACP) “supermarket program,”a grassroots effort to provide broadband access to the people of Belle Glade–where 41 percent of the residents live below the poverty level and do not have broadband access.” Gustinelli said.

Those participating in the event will receive assistance registering for a newly-announced benefit that significantly reduces the cost of accessing the internet, a fact sheet from the FCC shows: “The benefit provides a discount of up to $30 per month toward internet service for eligible households and up to $75 per month for households on qualifying Tribal lands. Eligible households can also receive a one-time discount of up to $100 to purchase a laptop, desktop computer, or tablet from participating providers if they contribute more than $10 and less than $50 toward the purchase price. The Affordable Connectivity Program is limited to one monthly service discount and one device discount per household.”

“It’s hard to imagine a community of citizens in 2022 who still do not have internet access, yet the demographics of Belle Glade are very telling,” Gustinelli observed. “Belle Glade is in central Florida, on Lake Okeechobee, where the majority of sugar is produced. The citizens are Haitian migrant workers who travel from place to place to earn a living as best they can.”

The event has been in the planning stage for more than a year. While co-facilitating “Connecting for Work and Learning” weekly meetings, Gustinelli was also doing work with the Haitian Afterschool Program in Belle Glade. Her efforts to distribute flyers about broadband access as she rode her bicycle through the community earned her the nickname “bicycle lady” among staff members at the FCC, she laughingly recalled: “ I truly believe it was this one simple gesture–jumping on my bike to give out flyers in the Haitian community near my home–that got their attention. 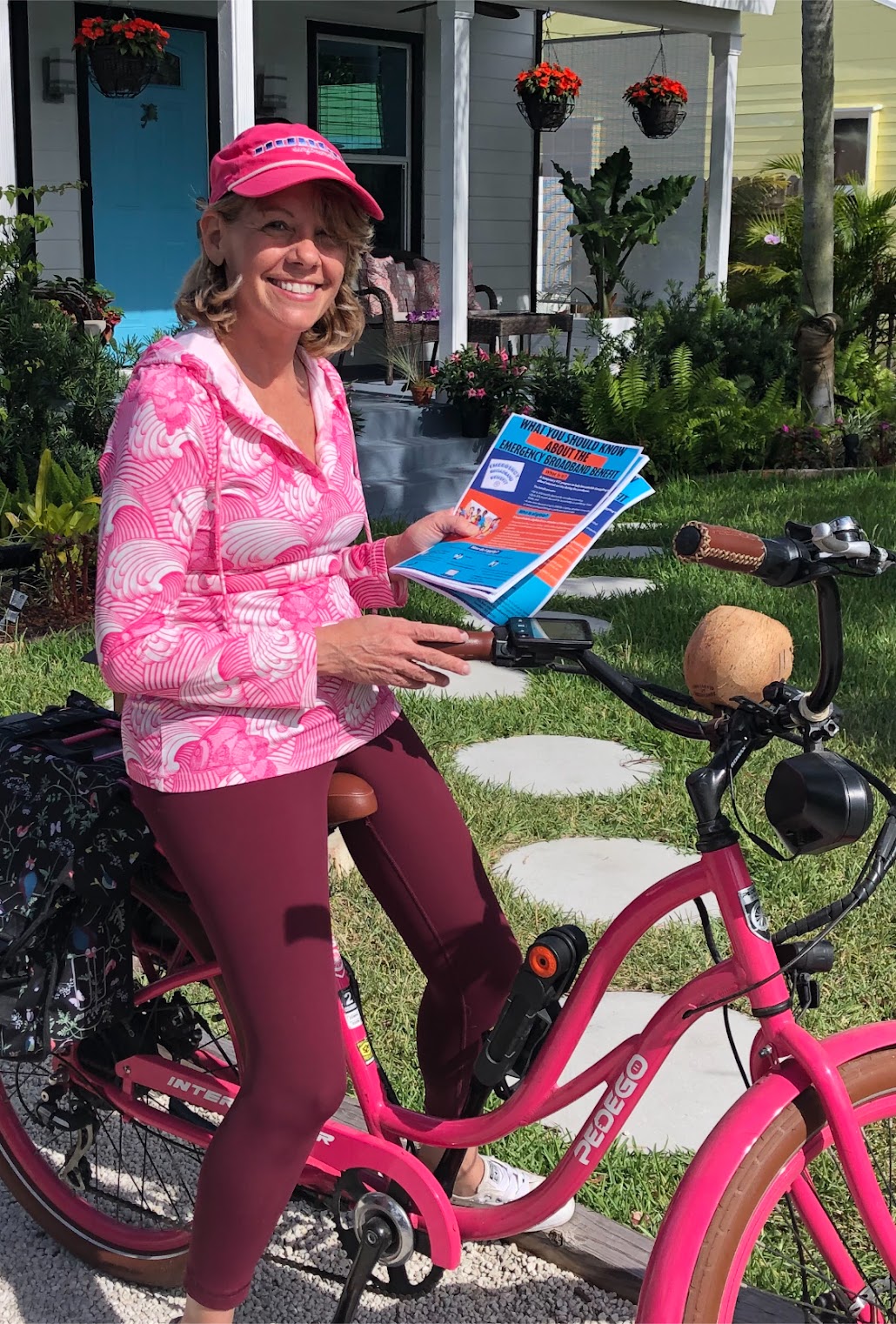 “I mentor students who have received a grant to empower children with technology. We traveled to the Haitian afterschool program to donate robots and iPads,” she continued. “While there, I asked the program director, Morana St. Hilaire, about the state of connectivity in this very impoverished area. He told me that most of his community had no broadband access.

“I had the idea to connect Morana with Lyle [Ishida, FCC Chief, Consumer Affairs and Outreach Division; he has also participated in “Connecting for Work and Learning” meetings] so they could work out a plan to get the people of Belle Glade connected. Lyle had explained a new model, called the supermarket program, pushed out by the FCC. It was observed that the best way to help the impoverished was with local people guiding them through the process. The FCC has a train-the- trainer program to create digital navigators, locals who can understand the ins and outs of the ACP and help people sign up. Along the way, the White House recognized our efforts in a press release highlighting 10 outreach locations.

“After many meetings between  Lyle and Morana, and with the support of my co-conspirators at ShapingEDU we were able to get navigators trained and set a date to launch the program which is highlighted on the FCC’s outreach page.”

Included in the outreach efforts for the latest event was a commitment, from Ishida, to send 30,000 flyers (10,000 each in English, Spanish, and Haitian Creole) for distribution in the area to make residents aware of this opportunity to sign up for low-cost broadband internet access.

“Belle Glade just happens to be exactly the type of community that FCC Chair Jessica Rosenworcel wants to support in order to close the digital divide, Gustinelli continued, noting that her support included approval for Ishida to be onsite for the event on May 14.

“Being a part of  a supportive community of like minded individuals who are concerned and who want to advocate for universal broadband is exactly what is needed to create change,” she continued. “The community at ShapingEDU, doers, drivers and dreamers certainly inspired me with their enthusiasm and creativity to solve this huge problem. It is with their collaboration that I was able to launch this pilot program which we hope to duplicate in underserved areas all over the United States in order to give all citizens digital equity.”

Those interested in joining the ShapingEDU effort to support universal broadband access throughout the United States for work and learning are encouraged to contact ShapingEDU. More information about the project and how to join is available on the ShapingEDU website.

--Paul Signorelli is a Storyteller in Residence and Community Strategist for the ShapingEDU community.